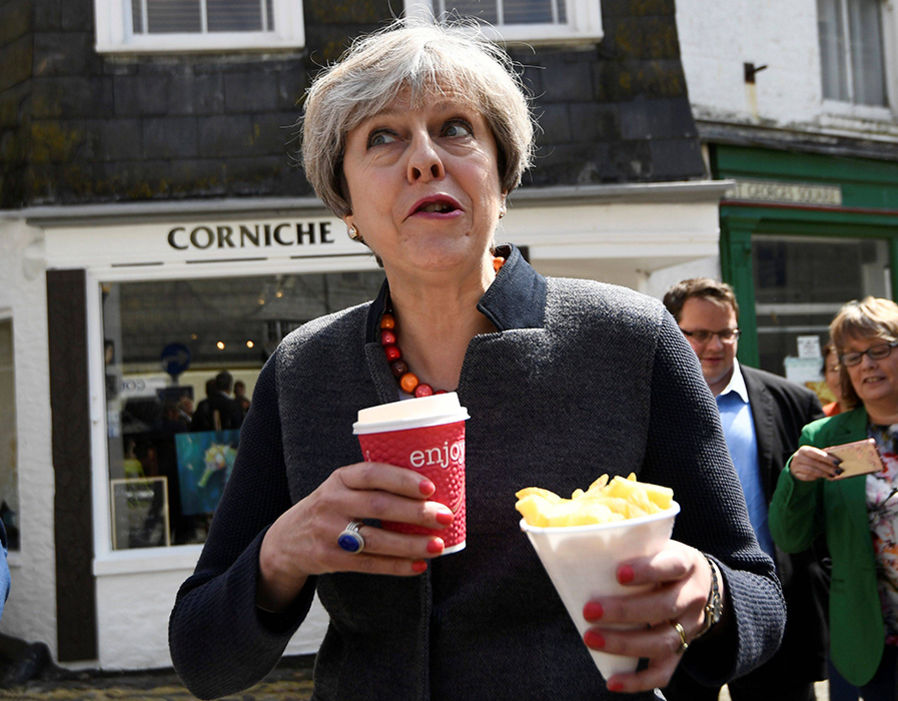 Uber gave free rides to polling stations for wheelchair users, two book shops on opposite sides of London offered discounts to under 25s if they could prove they had registered to vote, and…pubs were giving away BOOZE. It seemed like all of London was rooting for a Corbyn victory by luring the youth out in their masses, and although the Tories gained the majority of votes, Corbyn-ites are still calling Labour the real winners.

While the U.S. has relished the charisma of Barack Obama and straight-talking Bernie Sanders, British politics has been dominated by out-of-touch Eton elites long enough to ensure a turnout of only 40% of 18-24 year olds for the last five elections; although detailed figures for yesterday’s vote won’t be out for another week, it’s estimated that the turnout for 18-24s rose by an astonishing 30%. Was it merely the tantalising prospect of beer that got 70% of under 25s to the polling stations? Or is it safe to say that Corbyn’s era of anti-establishment has ignited a passion for politics among a new generation?

Laura Keunssberg, political editor for the BBC, said Corbyn has ‘massively outperformed expectations’. His notable gains for Labour across Britain, including four seats in London, might also hint at receding the right-wing media’s reign over politics – since they certainly didn’t paint a positive picture of the Labour leader throughout the campaign…or even before – as younger voters turn to social media and the vast arrays of information available online instead.

Paul Flynn, the re-elected Labour MP for Newport West, said he is ‘thrilled, exhilarated’ about the ‘welling up of idealism among young people’, and former Liberal Democrat leader, Nick Clegg, who lost the faith of young voters in 2011 after reversing his promise not to raise tuition fees (and yesterday lost his Sheffield Hallam seat to Labour *cough* karma *cough*), was quick to admit a ‘huge gulf between young and old’ after the result.

Undoubtedly, engaging young people, and to such a passionate extent, has come at a crucial time when there are so many issues, controversies, and injustices happening in Britain and around the world that need addressed from a grassroots level.

So what about the Tories?

Theresa May’s decision to hold an early election was indisputably based on her assumption that the Tories would gain a landslide victory; her campaign, however– called one of the worst in history by one Scottish Labour MP – lost her party 12 seats throughout England and Wales, and resulted in a hung parliament; which, theoretically, could still have ended up with Jeremy Corbyn as PM, had May not struck a deal with the DUP (cue ominous music and the crack of thunder).

Maybe it was her admission of an unruly past spent tormenting farmers while frolicking through wheat fields that put voters off (or perhaps the fact she avoided as many interviews as possible throughout what Anna Soubry, a member of May’s own party, called ‘a pretty dreadful campaign’), but Theresa May, PM for less than a year, failed to win the overwhelming majority predicted, and failed to provide Britain with the stronger government she promised to negotiate Brexit talks.

Hold on, speaking of Brexit, – isn’t that the key issue that sparked the General Election in the first place? But we didn’t hear much about it throughout all the campaigning, instead learning about the ‘Dementia Tax’, and how the Tories want to bring back fox hunting while taking away free school lunches for children, and depriving old people of heating in winter (no, this isn’t an evil plan concocted by a Disney villain, this is literally who runs our country). The next official talks with Brussels regarding Brexit are supposed to take place on June 19th, but it’s possible the government will ask for a delay while we sort out who the fuck the government is actually supposed to be.

The whole thing has been called a ‘total political disaster’ for Theresa May, and there have been calls for her to resign by the Labour and Lib Dem leaders, as well as members of her own party (awkward), though it doesn’t seem like she has any intention of doing so. She is, for now at least, still the Prime Minister, and with the backing of the DUP secured, Conservatives are still the reigning government – though hopefully, they’ll have a harder time pushing through their outdated policies without a majority in parliament.

And what about London?

London has continually switched between the two main parties in recent decades, though most recently Labour has been dominant, with 45 seats in 2015 compared to 27 for the Tories and only 1 for Lib Dems. Though this time the Conservatives lost out in surprising areas: Kensington, one of London’s most affluent areas, stuck two fingers up to austerity by booting out their Tory MP in favour of Labour. In fact, Labour gained an extra four seats in London in total, and don’t forget, the elected Mayor of London is also a member of the Labour party (Labour had intended in their manifesto to delegate more powers to London Mayor, Sadiq Khan, though he’s previously said he is not a fan of Corbyn) compared to his his famous mop-haired predecessor, Boris Johnston, who is a member of the Conservatives. Lib Dems saw a resurgence in popularity in the capital, too, with two previously elected MPs being re-elected yesterday in the South-West of the capital.